Three Western Province rising cricket stars have been named in the Cricket South Africa’s (CSA) Under 19 squad today that will take part in the ICC Under-19 Cricket World Cup in the West Indies next year.

Ethan Cunningham, Kaden Solomons and Asakhe Tsaka will form part of the 15-member Junior Proteas team that will represent the country in the Caribbean nation in January and February. The team will also participate in a pre-World Cup bilateral tour against the host nation in December to finalize the team’s preparations for the global showpiece.

According to a Western Province Cricket Association story, the young contingent will be led by captain George van Heerden, while exciting talents such as Dewald Brevis and Tsaka will lead the charge with bat and ball, respectively, when South Africa take on their international counterparts.

SA U19s Convenor of Selectors, Patrick Moroney, commented: “The process of putting this group of players together is only the pinnacle of the work that started as far back as three years ago when some of these players were exposed to the CSA Talent Acceleration Programme (TAP) for the first time”.

“All these players played in the CSA Cubs week hosted in January earlier this year. Covid-19 has played a big part in things being different, especially taking into account the schools cricket programme where schools play each other on a week-to-week basis that could not take place because of Covid-19. But taking everything into account, I believe that we have managed to select a team that will be competitive at the World Cup in the West Indies.

“We are blessed in the country with some exceptional talent, and I trust that these young men will use this as a platform to propel themselves into the cricketing world.

“Unfortunately, we can only select 15 players and three travelling reserves to the showpiece, but it was no easy task with an abundance of talent in the country. Some less fortunate players did not make these teams but no doubt that we will see them in the future plying their trade in the provincial and even national teams. I wish the team and staff well in their final preparation and wish them all of the very best,” Moroney concluded.

Head coach, Shukri Conrad, echoed his sentiments and added: “We have a lot of exciting players in our group, and I am certain they will be well-led by George van Heerden”.

“I want us to have the courage of our convictions. Have the courage to play the way we have practised, to follow the philosophy that we have set out and, hopefully, we can adapt, depending on what conditions are prevalent in the West Indies, both on the tour and the World Cup.

“The World Cup is the priority, but we also have a series to the West Indies that we’d like to win. It is also great preparation for the boys. I would like to see our boys continue the work; we still have a little bit of work to do before we get there and once there, to go out and have the courage to play the way we want to play,” he stated.

“Ultimately, I believe if we do that enough, then we will be victorious. We are certainly not going there as a side who wants to just compete, or a side just thrilled to be there, we want to not only give a good account of ourselves but also get into the play-off stages and win tournaments.

“That’s a long way away, but if we follow the building blocks, we will be alright,” Conrad added.

This article has been slightly modified from a piece that was first posted on the Western Province Cricket Association website. 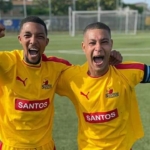 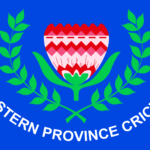