Ah, 2020. Couldn’t just let us have a simple vacation, huh? Had to give us that second wave and stop us from spending too much time partying on the beaches and everywhere else?

Well, at least that means we’ll have more time to catch up on our sport.

Because folks, there’s a lot of sport to catch up on. And you’ve got enough on your plate already, dagnabbit.

Basketball: Lebron Is Time Athlete Of The Year, And Jordan And Obama Sell Jerseys

LeBron James is a big guy, at a little over two metres tall. And he’s a big deal when it comes to basketball, as one of the greatest players ever (hence his $85 million LA Lakers extension contract). But nothing matches his big heart. He’s an active supporter of non-profit organisations like the Boys & Girls Clubs of America, and the Children’s Defense Fund.

He runs his own charitable foundation, the LeBron James Family Foundation. And he’s not one to shy away from taking a stand on important issues, from Colin Kaepernik and Black Lives Matter to the US 2020 elections, where he started More Than A Vote to change the (electoral) game. So it’s no surprise that he’s been named Time Magazine’s Athlete of the Year 2020. But hey, he’s just following the example set by former basketballers like Michael Jordan (the GOAT), and Barack Obama (who took his basketball games as seriously as his presidency). Their old b-ball jersey just sold for record auction prices, btw…so don’t throw out your old clothes before you get famous, okay?

Best Of The Rest: Running, Soccer, Cycling – And Stadiums

Meanwhile, in other sports (you didn’t think basketball was the only one, did you?), athletes of all shapes and sizes continue to turn in top performances. So kicking off with some crazy stuff. In his first and only race in 2020 (you know, due to that whole pandemic thing), SA trail running star Ryan Sandes claimed a convincing win at the Maxirace Cape Winelands 75km race. Veteran South African cyclist Ashleigh Moolman Pasio did her country proud and became cycling’s first ever virtual world champion when she won the 50km race on the digital roads of ‘Watopia‘. And in this little-known sport called football, Orlando Pirates have claimed the MTN 8 title – for the tenth time – after beating Bloemfontein Celtic side in the final of the 2020 MTN 8 at the Moses Mabhida Stadium. And speaking of footalling champions…Napoli’s San Paolo Stadium has been renamed after the late, legendary Diego Maradona. RIP, big guy. And spare a thought for poor almost-GOAT F1 driver Lewis Hamilton, who’s not yet back to form after his bout with COVID-19. Been a fascinating F1 season, that’s for sure.

Oh, and while we’re talking about champs…South Africa has a new SA Heavyweight Boxing Champion, after Tian Fick beat Joshua Pretorius by unanimous decision at the Vibrant Sports Studio in Ottery. It was a pretty long and weird road to victory, with brushes with illness, freak accidents, suspensions and more – but in the end, it was a well-earned victory, and Tian got to dedicate the win to his late father. Meanwhile, Russian Umar Kremlev was elected as president of the troubled International Boxing Association (AIBA), and Anthony Joshua knocked out Kubrat Pulev (pretty viciously) to edge closer to his dream fight against current World Boxing Champion Tyson Fury. But to get back to the heartwarming stuff: In March 2021, two club rugby stalwarts will be stepping into a boxing ring for the first time: Taariq “The Pioneer”  van Der Ross and Manwill “Lulu Boy” Williams  will be battling it out in a white collar boxing match to help raise funds for rugby coach Mirwaan Davids’ kidney failure treatment. 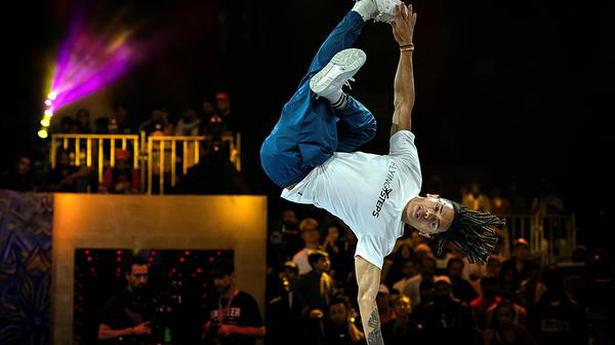 Hey, remember the Olympics? That big celebration of world sport where the best of the best compete for international glory? Well, the 2020 Tokyo Games may be delayed, but when they go ahead in 2021, there’ll be a few more sports added to the agenda – including surfing, skateboarding and sport climbing. But the Paris Olympics in 2024 are gonna be even more awesome: breakdancing is on the menu at last.  Breaking made its debut at the Youth Olympic Games in Buenos Aires in 2018, giving b-boys (and b-girls, naturally) the chance to show off their artistic skills, choreography and innovation – all while accompanied by funky music. But Paris will mark the first time b-crews get to perform on the biggest sporting stage in the world – and while some folks may not enjoy this new addition, let’s be real here: it’s going to be awesome, and it’s about time. And hey, maybe you’ll be able to put some of those Jerusalema moves to good use again…

So…did we miss anything? Why not let us know at info@capeat6sport.co.za?  And if you want to know more about what’s up in sport, just check out the latest issue of the Cape At 6 magazine…and stay tuned for the final issue of 2020: it’s worth the wait!

Follow Us!
The Future of Sport for Development and Peace: Perspectives from a Youth Sport...

Noloyiso Mtembu: On Running, Running A Business And Crossing The Finish Lin...
Scroll to top