The Western Cape has long been a minefield of talented athletes, just waiting for their chance to explode onto the national and international stage. That trend continued this week when four promising footballers left the country to pursue their careers in Europe. 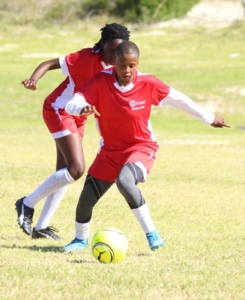 Left back Ncumisa Ngolozela, striker Lazola Ngewu and midfielder Gadifela Mojaki, all from Lucky Girls FC in Bot River in the Overberg, left for Georgia early in the week to further their careers with Gori United. They were joined by defender Sinovuyo Mkwanasi, who was their teammate last season. Ngewu was also in the books of Khayelitsha-based Sasol League Western Cape side, Portia FC, where she ended as the club’s leading goal scorer.

The four footballers were spotted by scouts and agents during the 2022 Easter Tournament, hosted by SAFA Overberg over Easter Weekend. A number of footballers were identified to be taken to the HollywoodBets Super League champions, Mamelodi Sundowns for a two-week training.

But then one of the agents suddenly needed the players for one of his clients in Georgia. 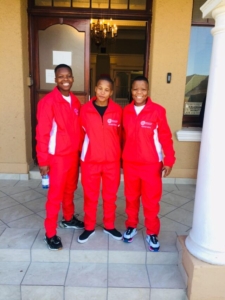 “We didn’t believe it,” recalls Solwethu Gonya, head coach and co-founder of Lucky Girls FC. “But it was really happening. So, together with SAFA Overberg, we had to organize passports and visas, and raise funds for their air tickets…and when that process was successfully completed, they flew out on Monday.”

Their move follows that of Chantay Norris from CR Vasco Da Gama to FK Saned in Lithuania and her former Vasco teammate Miche Minnies to Mamelodi Sundowns.

The latest move is a dream come true, Gonya notes – and not only for the players, but for the community of Bot River and the Overberg region as well.

“As a club, we are very happy with this move. When the club was established in 2018, it was one of our goals to develop kids so they can play for top clubs locally, nationally and internationally.”

The Lucky Girls’ lucky break is proof that it’s all paying off.

“It is the first time that we get an opportunity of this kind in this community. That is why as the club, the town and the Overberg region we are so happy and proud about these girls. This is a story that will motivate many others to actually see that these goals can be achieved.” 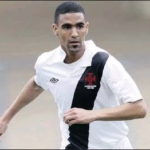 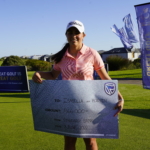