Engen Knockout Challenge Kicks Off with Some Curious Clashes

It was like something out of an epic football movie: Valhalla United fielding just seven men against a full Health Athletic team in the Engen Knockout Challenge preliminary round fixture at Turfhall Sports Complex – and emerging triumphant at the end.

After the win, Valhalla United coach Ashley Olivier was still “in awe” and reflecting on the experience, but assured football fans that it wasn’t a miracle. “It was real. We came, we saw and we conquered.” 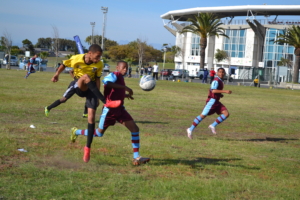 According to the organisers at the fields, the clash was one of only four matches that took place over the weekend, out of a scheduled 24. The organisers said some of the matches could not take place due to withdrawals and some clubs not meeting registration processes.

“Quite a few teams at the last minute notified us [that they would not be playing],” said Tournament Director Eric Gum. “Some had no IDs, a very common problem which we have no control over because there is the option of a passport which is quicker but a little expensive.

Valhalla was in the same predicament, but seven of their players were compliant – enough to take to the field, according to international football rules…so the team decided to face the full team Athletic head-on.

Valhalla United coach Ashley Olivier said he told his charges before the match they were there for one purpose: to play football and must not be focused on the opponent but on ourselves. 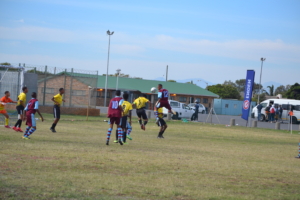 “We might be 7 but we are indeed a team that can play football. Coming out of a community where we play football on a daily basis, we are used to playing under any conditions or circumstances.”

The side from Elsies River did just that and employed an astonishing 3-2-1 formation against the 11 men of Athletic, who seemed to be taken aback on how to tackle the four-men short team. When defending, the disciplined Valhalla backline remained steadfast in their positions while the front man would drop deep to help the two midfielders recover the ball.

Offensively, one of the two midfielders would link up with the mid-cum striker while the other gave support from just behind them. Their plan seemed to work wonders as they opened the scoring in one of those moves midway through the first stanza. Athletic, though, hit back with a stunning free-kick to level matters before half-time. 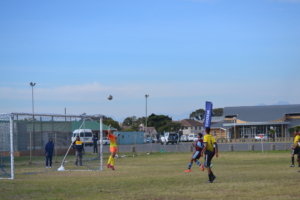 It’s at that point, the coach revealed, that he told his boys: “I believe in all of you, and whatever it takes now I need your hearts to be strong because we believe we can.”

The score remained tied at 1-all until full-time, where penalties decided the match, and Valhalla took the victory 5-4 on penalties – writing their name in the history books with their footballing feat.

And they’re just getting warmed up.

“In the end, we won and we experienced massive emotions and could celebrate as a full team, with the other players supporting us on the side-line. We are hungry to qualify for the tournament the second time in a row.” 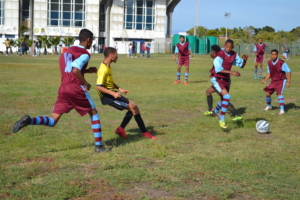 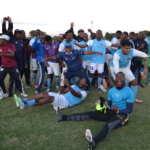 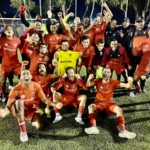