The South African team, which consists of the City, Netball South Africa, national and provincial government, was notified today by the International Netball Federation that its delegation offered a successful bid for the prestigious tournament.

The delegation submitted its proposal for staging the netball showpiece in Singapore in November 2018.

A lot of hard work and intense preparations from all spheres of government went into the bid to present what Cape Town has to offer. It was a team effort which showcased our world-class facilities, infrastructure as well as expertise in hosting major international events.

Having developed a strong track record as the world’s leading festival and event destination, Cape Town is best placed to make the Netball World Cup a spectacular showpiece – the same way we successfully hosted the FIFA World Cup in 2010.

Being chosen as the host city for this global spectacle underscores the city’s status as an events capital. Apart from the direct economic impact through visitor and organizer spend, there is also the ripple effect of job creation during and after events, and the increased spend at our world-famous attractions. Securing the Netball World Cup will also aid the country in promoting women’s sports and raising the profile of netball as a key sport.

We would like to thank our inter-governmental partners for the support along the way.

The real work starts now. We are looking forward to continue our working relationship with Netball South Africa, as well as national and provincial government, to stage the best Netball World Cup ever. 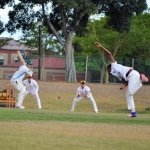